I debated weather(sp) I should look up decora gang plate dimensions, or measure one of my inserts. In the end I decided to go with drawings, and drew up a rough 3D sketch.

After printing, I checked it out, and it seemed to fit pretty well, although some fine tuning might be a good choice later.

A bit small, but I like having extra tolerance anyway.

It looked like I had a lot more room for the bracket/support though. I did .5mm for the tab thickness. When I checked a store bough insert I found it to be ~2mm. The tabs are classically made out of sheet metal which is probably some standard AWG thickness. One thing to note is that there is a lot of variation when it comes to decora covers, but they should all be designed for the same thickness of tab.

Note the gap between the insert and the extrusion on the cover plate.

In addition, there was a ~3.5mm lip around the insert I was referencing. I decided to include it, although it could potentially be an issue with some decora covers if they are thicker. 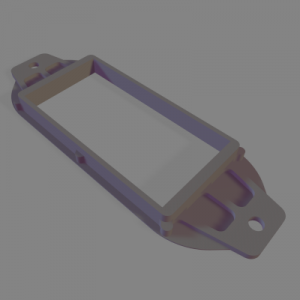 I redesigned it with a thicker tab which *should* have the correct spacing. Also note that although I included the holes that go from the cover to the insert, I seem to have forgotten the the hole for the insert-box interface. I’ll have to go back and put that in later. Regardless, the redesigned depth seemed to work well. 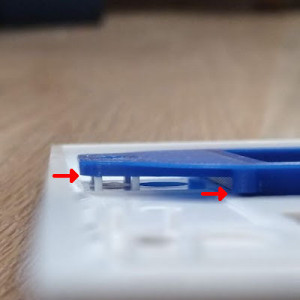 As that all looks good, I moved on to what is the the first version of the final mockup. The OLED screen goes up top and the buttons below it. 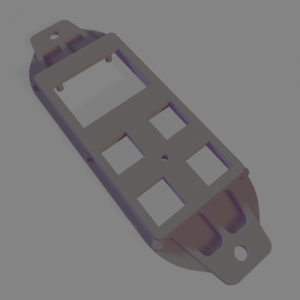 I was fairly happy with the result (although I will bump up the print quality on the final version. I will also not print it in blue, lol) so I moved on to the buttons. 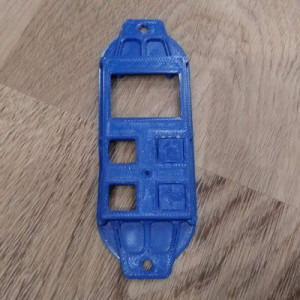 Ignore the warping from me trying to smooth it with fire.

I don’t know what to say, it is a button cover thing. 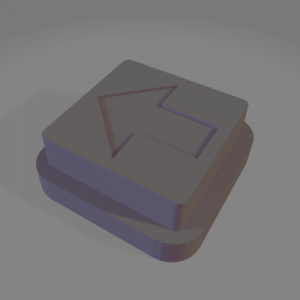 They printed out more or less okay, but they weren’t that smooth in the movement. 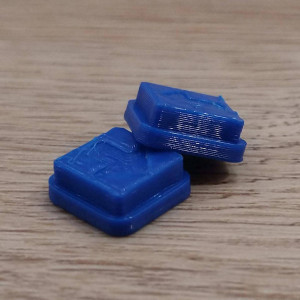 Printed layers are along the XY plane

My tolerances seemed good, so it seemed like the most likely cause was that the button layers were catching on the insert layers. Ideally these would all be smooth injection molded parts, but I don’t have the kind of money or patience for the setup.

As a result, I decided to print the button covers standing up. Obviously, this makes the print more difficult, but I was able to get it to print. 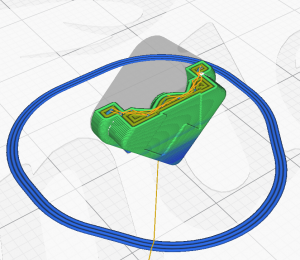 Printing this way makes the layers in the button orthogonal to the decora insert’s layers.

After printing I found the button cover movement to be quite smooth and then dropped it, never to be found again.

There are a number of refinements and corrections to do, but I have the basic design down so the next thing to do is finalize the hardware. And by hardware I am talking about the button pcb, everything else is done.

Hopefully I will get to it before xmass.

Parts for design references (For my use so I don’t loose them later)
https://www.mcmaster.com/95893A424/
https://www.amazon.com/DIYmall-0-96inch-Yellow-Display-Arduino/dp/B01HHOAQ5A/ GET WHITE